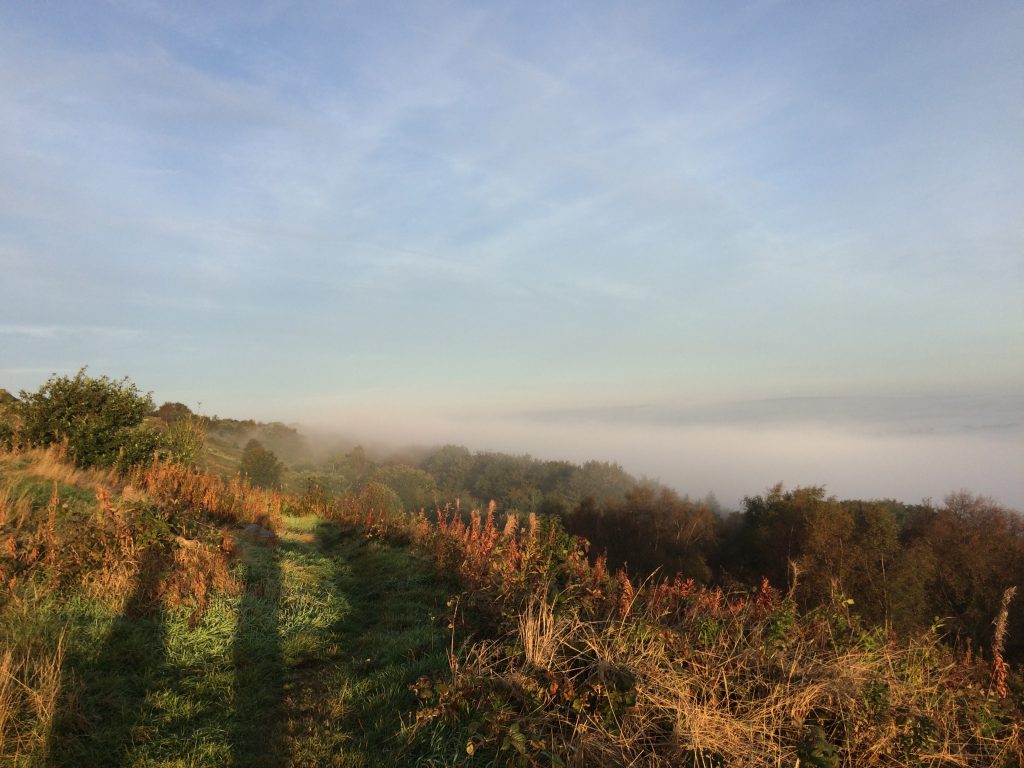 There are significant areas of dry heathland scattered across The Chevin. Most Heather appears to be in a natural phase of development known as “mature” and some is “over-mature”, but there is a lack of earlier successional age ranges (which are often present on managed sites that are burned or grazed). Lack of recent management and encroachment from birch and oak tree regeneration into these areas is causing this habitat to decline.

There are two small areas of wet heathland (also known as mire) to the south-east and east of the Danefield side. Peat may have formed underneath due to the naturally impeded drainage in these areas. Historically, there is likely to have been more wet heath/mire (on the higher more exposed parts of The Chevin) but this is likely to have been replaced by the new woodland plantations. Alder and birch tree encroachment is causing these remaining wet habitats to decline in area and may also be causing a decrease in available water. Historical “improvements” to the drainage across The Chevin will also reduce the amount of water retained on the gentle summit slopes for such wet habitats.

Scrub communities cover some large patches of The Chevin. This is probably as a result of any grazing having ceased on The Chevin since LCC took over ownership and opened the site up to the public.